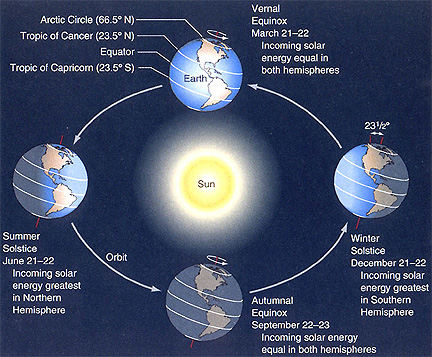 Can you feel it?  Do you sense it?   It really says something about our conscious experience that we are totally unaware of the fact that we are collectively spinning around in space to the tune of 1000 miles per hour!*  So I guess it should come as no surprise that we also cannot detect that subtle shift of sunlight from mostly illuminating the southern hemisphere now gradually migrating northward.  Boo hoo, people of South America, today begins your descent into Winter. So I guess you call it Summer Solstice, while we, in the northern hemisphere, with head spinning logic, (*see previous spin estimate)  call it the first day of Winter.  Go figure.

I can think of no better time to introduce you, gentle porch rockers, to the concept:

There is Nothing New Under (Around) the Sun

I’ve done a little research. I’ve done it the old fashioned way…by reading the newspaper. Specifically I refer to the December 21, 1916 edition of The Feather River Bulletin, a local publication.  Here is what was going on in/around Graeagle (which didn’t exist as we know it at the time)

Case Number 1:  What about Santa? 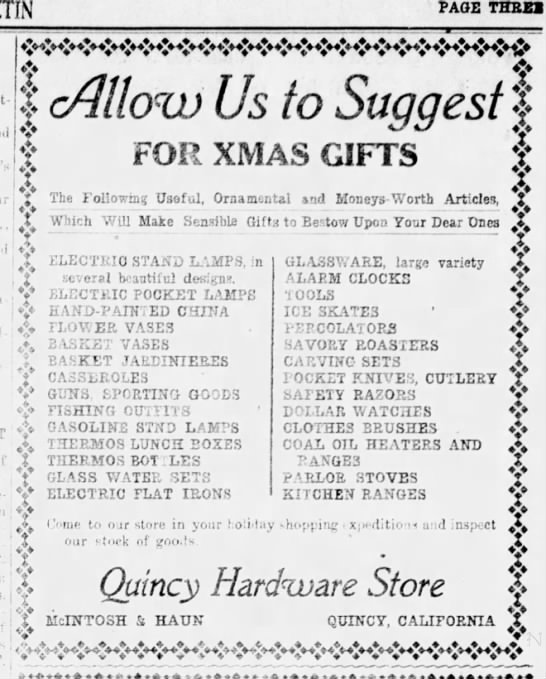 I draw your attention, not to the charming and comprehensive shopping suggestions, but to the fact that the season is unapologetically referred to as XMAS. I don’t know why I was shocked by this.  The current debate over XMAS vs CHRISTMAS temporarily made me forget that everyone used to write it like this.  My sweet grandmother used to write on all her Christmas cards, “Merry XMAS!” (Yes, everyone still called them Christmas cards, no one actually said, “XMAS” out loud, that would just be weird.)  I don’t know why everyone wrote XMAS instead of Christmas back then. Perhaps it was to conserve ink or in the case of newspapers, to make the typesetter’s job a lot easier.  I know it didn’t have anything to do with religion.  America in 1916 was very religious, everybody went to church, and Christmas was a Christian holiday.  So may I propose my personal theory:

Texting is in our genetic makeup.    We are all lazy and hate to write.

Case Number 2: All Aboard!

OMG! We had a commuter train! And not just some dreary train ride, but the most magnificent scenic journey imaginable. I spoke with a train buff recently who told me these tracks still exist (different from the current freight line). A passenger would have crossed the open range of the Sierra Valley, where in addition to cattle, grazed elk, deer and antelope in abundance (Yes, Virginia, the deer and the antelope did play.), before arriving in the bustling silver mining town of Reno.  I wonder what the exchange rate of gold to silver was?

And bus service!  Wasn’t it quaint that they still referred to this as a stage?

In 1916, private automobiles were available and not all that expensive even adjusting for inflation.  A Ford Town Car (the most expensive model) was listed at $545.00, at the Quincy dealership that year.  America had yet to be seduced by the lure of the private automobile, and roads were pretty bad (almost as bad as they are today in California). Like any business, transportation needs to turn a profit, so what made public transport sustainable in 1916?  My guess is that it wasn’t.  But now…??? Wouldn’t that train ride be grand!

Case Number 4:  Superstar of the Sierra

Living to the ripe old age of 90 is still on my bucket list.

I leave you now with a little rhyme my (XMAS) grandmother used to say to me at bedtime:

Don’t let the bedbugs bite (dang, we still have those too!)